Joel Munoz and Me, Buso-buso, Touch of Glory Prayer Mountain, 2004 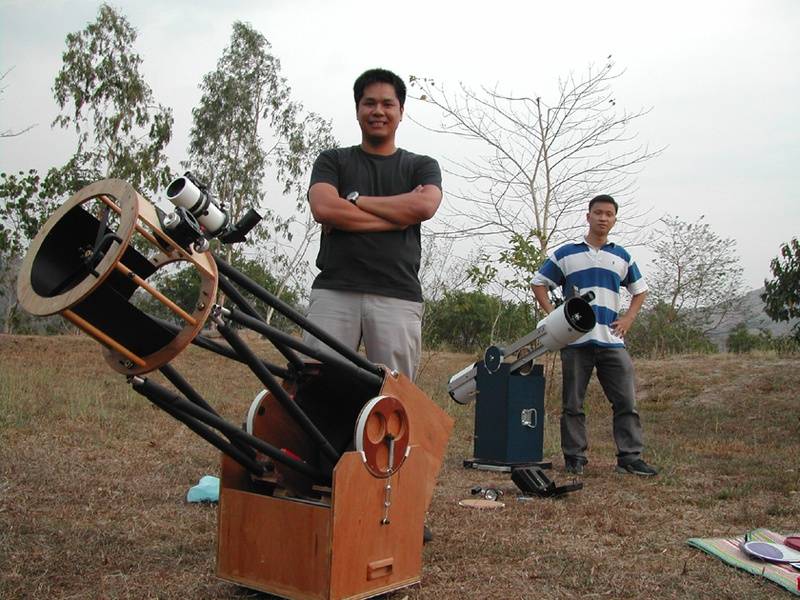 Joel built the country's first truss-type dob, and I can see he is a minimalist. I am an engineer, and when I built mine, I wish to have it a bit oversized for added strength anywhere anyplace. We were there at TGPM to spend three nights purely observing, but as luck would have it, we were both clouded out. We spent our nights under the retreat house's airconditoned roofs, chatting and seemingly unknowing what to do. Since it is a private property, we "left" the scopes as is (shown in the picture) in the woods, not minding if the rains would pour suddenly. Such was my peak apetite in astronomy those days, Observing is King. Now?, geez, there are certainly more cheesy things to do! Haha

Oops, you forgot something.

The words you entered did not match the given text. Please try again.